As reported prior to Friday night November 29th, Fordyce and Hazen played a Class2A quarterfinal game on the 29th at Jim Hurley,Jr. Stadium.  Fordyce requested to play in Warren due to the condition of their own football field.  The Warren School District was pleased to help, especially after Fordyce was so kind as to allow the Lumberjacks to play several home basketball games at the Fordyce Gym last year while repairs were being made to Warren's gym.  A good crowd was on hand from both Fordyce and Hazen.  Fordyce announcers and staff handled the game and were most complimentary of Jim Hurley, Jr. Stadium and publicly thanked Superintendent Bryan Cornish and Athletic Director and head football Coach Bo Hembree for being of assistance.

The game was a lot different than watching the Lumberjacks or most Class 4 teams.  The game consisted mostly power running in tight formations with 10 and 11 players in the box on defense.  Both teams huddled and used every second between plays. Occasionally a play action pass was utilized. It was a close hard fought game and Fordyce won 24-20 to advance to the semi-finals of class 2A.  There were good players on both sides.  One of the Hazen players was Blayne Toll, a six foot Six inch, 245 pounder that played several positions including defensive end, tight end and even a little quarterback.  It is reported that he is committed to Arkansas.  Fordyce had quick and fast running backs and a play maker at quarterback.

In Warren for the evening were two of the most outstanding players in Lumberjack history.  Hayden Lassiter, starting safety for the Ouachita Tigers, who completed their season last week and Treylon Burks, the starting wide receiver for the Arkansas Razorbacks, who literally had just completed the last game for 2019 a few hours earlier in Little Rock.  Hayden and his team won the Great American Conference title for 2019.  Treylon, who had an outstanding freshman year, is considered one of the top players in America.  Both took time to patiently visit with many fans and SRC.  Both are outstanding students as well as football players.  We hope both have great future success both on and off the field.  They along with several other former Lumberjacks who played college football in 2019 are great credits to Warren.
Posted by salineriverchronicle at 3:42 PM 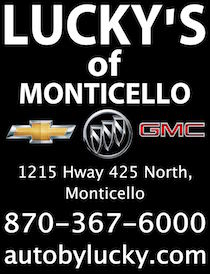 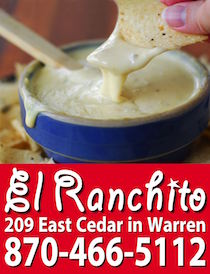 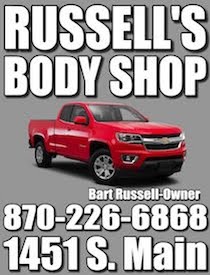 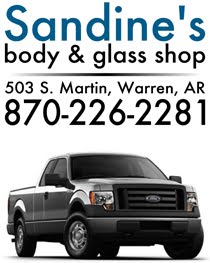